Thanks for looking!  Wanna see more?  Then click on that logo to go to my Instagram.  Not only will you get to see more examples of motion in motion, but also pics of my dogs and food I prepare. I’m the only one on the internet doing that, so go visit.

Doggos, people, and everything in between. 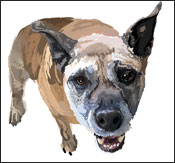 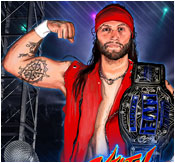 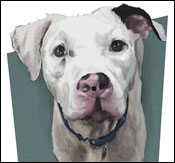 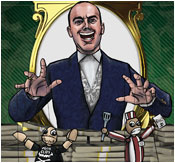 For more up-to-date updates, check out my Instagram for this, motion graphics, food pics, and pictures of my dogs, because that what runs the internet. I’m told.

Fenwayfun.com is a fun WordPress based site for a legacy mini-golf/seasonal entertainment business in western Massachusetts.  Mousing over each navigation choice animates-in a completely new banner graphic for each section using HTML5 canvas. 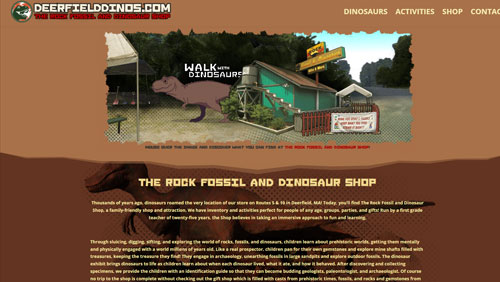 Deerfielddinos.com is site for the Rock-Fossil-Dinosaur shop, an educational tourist attraction that allows kids to dig and find  fossils and other natural treasures.  The site is built off WordPress with an interactive HTML5 canvas attraction on top. 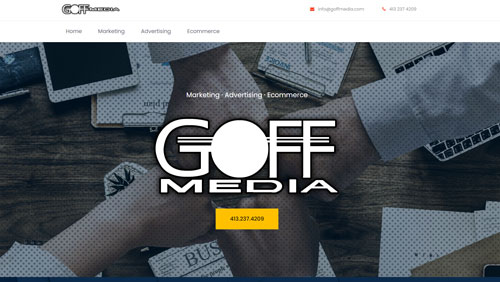 Goffmedia.com is a clean, fast-loading, all HTML5 site for a local marketing firm.

When people ask what I do, I usually have to give them either a nonsensical answer of “animatorillustratordesignerdeveloperperson” (which is also a clumsy haiku), or a more concise “media developer”.   During the thirteen-plus years of screen stare-downs and pixel-kicking, I’ve had the privilege to work and learn from some great people and brands, like LEGO, NASA, Netflix, and more.

While working for ad agencies, I had to learn to wear a Dr.Seussian-like stack of hats such as web designer, 3D modeler, 2D animator, light programmer, and probably a couple of other disciplines that have been retired to the dustbin of internet obsolesce (looking at you, Flash…we had fun).

In 2012, I went into broadcast news promotions (basically, my job was to persuade/panic you into watching the news) and got into the hustle-and-bustle of the news machine.  While it was a fast-paced environment where there’s always something to do, having to animate the latest horror (which seem to come at an accelerated rate as time went on) wears on you.  After a physical move away from the station, I felt it was time for a new start and make my skills available again to the world at large.

When not making things and springs, I’m usually watching pro wrestling, both live or on the tube, seeing plays and museums, or just chilling doing one of the above with my wife Kristin and our dogs. woof!